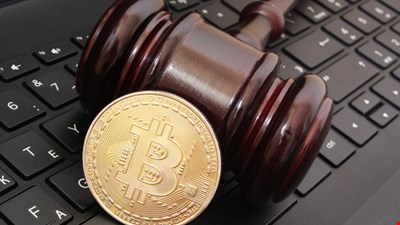 A man from Colorado is suing the parents of two British youths who he claims stole Bitcoin worth nearly $800K from his digital wallet.

Cyber-thieves used malware to swipe 16.4 Bitcoin from Andrew Schober back in January 2018 when he was attempting to move his crypto-currency between virtual wallets.

To track his stolen funds, the aggrieved party hired private investigators, spending approximately $10,000 to discover who had swiped his crypto.

After investigators fingered two British lads who were minors at the time the offense was committed as the perpetrators of the theft, Schober wrote to one of the boys’ parents.

In his letter of December 2019, Schober communicated that he would not take legal action against the boy’s parents if the stolen funds were returned.

After receiving no response to his letter, Schober filed an official complaint against Benedict Thompson and Oliver Read and their parents.

In the complaint, Schober describes Thompson and Read as “skilled software developers and computer science students” who created and deployed clipboard hijacking malware and then used it to steal his 16.4552 bitcoins.

Schober says the Bitcoin stolen from him “accounted for approximately 95% of his net wealth at the time” and that its loss has placed him “in a severe state of distress for the past three years.”

In the complaint, Schober alleges that Thompson and Read hit his wallet with malware that used a “Man-in-the-Middle” attack vector.

“Mr. Schober believed he was communicating only with his own crypto-currency wallet, but because of the malware, either Benedict or Oliver or both intercepted and altered the communications between Mr. Schober and the Bitcoin blockchain,” it states.

Schober claims that the parents of the alleged cyber-thieves “knew or reasonably should have known that their child engaged in illegal computer abuse(s) and/or crypto-currency theft(s) in a careless and/or reckless manner” and that they “failed to take reasonable steps” to prevent their son from committing illegal computer abuse and/or crypto-currency theft.

Neither Thompson nor Read has denied Schober’s accusations. The defendants have argued that Schober’s suit should be dismissed as the statute of limitations on the theft elapsed prior to the date on which the claim was filed.